Musings of the Circle

Everyone spends some of their time contemplating life, but sometimes we are given an idea and a new perspective from which to ponder life's mysteries and put ourselves in a better position to tackle life's problems. Sometimes these ideas seem to change the very landscape of our thoughts. The Circle is such an idea and it can change our fundamental concepts about the origins and nature of life. 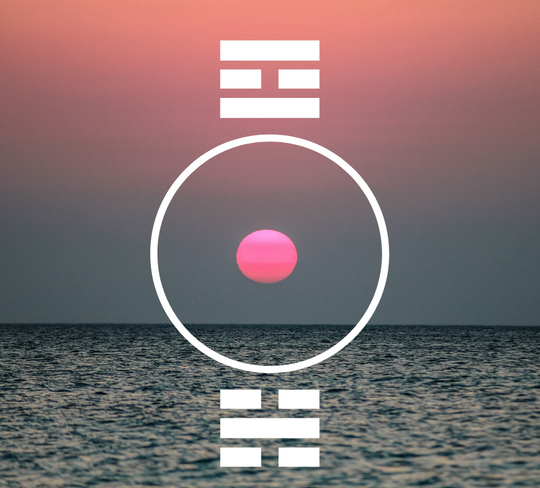 I am at the beginning of my journey in contemplating the Circle and realise that there is a great deal more to appreciate and intuit on the subject, and that, given time, my understanding will substantially change and I might look back and see the glaring errors in my thinking at this time. Of course, one's appreciation and intuiting on these matters should be without end. The theories of Taiji, and Yin and Yang, on which the Circle is based are so simple – the coming and going, the opening and closing, the reaching out and the withdrawing, the oneness and the duality etc. - yet are so all encompassing that they are beyond our mind's grasp and one can never really be in tune with them on a purely cerebral level. The only way to keep up with such concepts is to allow them to seep in to our subconscious patterns, and as every new moment unfolds and one is carried by the unfolding of these principles, one can be open to a new experience of these principles, rather than trying to grasp hold something that is fundamentally ungraspable. As change is integral to these concepts, one has to move with them to fully know them. It is rather like a concept of God, that we can hold in our minds, knowing that it can never be close to the true nature or full representation of God, and because of that knowledge, one can be led to a way of understanding and experiencing which goes beyond the 'ideas' level of the mind. As far as I am aware, all religions seem to lay emphasis on humility, and with that comes an openness to change. This kind of simple, base idea can take time to seep in to our being, but one's understanding can grow and blossom from these simple seeds, rather than take the meandering course through different terrain, always after a new, better way of explaining and understanding things.

As I am at the beginning of my journey, I also realise that my mind may have jumped ahead of itself, and grasped on to ideas through impatience or a want to express knowledge, and I understand that things may have been missed or deliberately ignored in my attempts. This isn't meant to be a comprehensive view of the Circle, but is just a few of the ideas that have sprung to mind during the last few months during my studies. Nor does it aim to explain the Circle, but relies on the reader having at least as basic a knowledge of it as I do myself.

The Circle can be viewed as a kind of a map, though not as crude as a street map or an orienteering map. Where a street map can lead us to a destination, the Circle can lead us to an understanding of  the Chinese theories of life's processes – the end goal being able to diagnose a patient, as well as deepening our understanding of life. Obviously, the streets drawn on the map aren't the actual streets, and looking at the map isn't the same as being there. Lines and place names and symbols are used in order to tend to the practicality of finding one's way. One has to learn how to read a map to use one or to design one. The Circle uses symbolism in a similar way and, of course, you know you won't find any real circles.

This lack of reality, though, doesn't mean a map cannot be perfect. If a map can show us our correct route, then it is working perfectly, just as the words we use in everyday life are symbolic, yet can lead to perfect communication and understanding. The ideas expressed in the Circle are much more dynamic, for want of a better word, than our streets or countryside. The process of learning it is much more complicated and has plenty more pitfalls. So, too, is the process of designing it.

On the one hand there are the realities that the Circle is trying to represent, and on the other there is the Circle with its pictorial design and its terminology. One has to trust that the people who devised the Circle and the principles on which it is based were in a more knowledgable position than oneself from which to teach and were able to devise a method in which to pass down the knowledge. One certainly should  'empty one's cup' whilst travelling on this learning voyage as well as doing a great deal of one's own work in contemplation. Also, one must bear in mind that the terminology used is part of the breaking down the Circle in to its different parts, which, as Zheng Qin'an points out, is only in order to see the Circle and the process as a whole.

Some of the terminology I initially found to be true to the concept of the Circle, didn't sit quite right as I got to deeper stages of learning. There are maybe a few alternatives to 'speed-up' that I might have considered using myself. 'Slow-down' on its own works for me. I can imagine physical processes moving through the Circle and as they get to Yang Ming for example, I can imagine how things slow down there and the effects that might have. So, if  'Slow-Down' works, then surely the opposite 'Speed-Up' should also work, right? One can imagine moving through the Circle and after going through Tai Yin and Shao Yin and one reaches Jue Yin, there is a speed up. This doesn't quite explain the effect that such a problem in Jue Yin can illicit. One has already passed through Tai Yin and Shao Yin without any effect from Jue Yin. What I personally visualise is an image of Jue Yin expanding and swelling up, and moving beyond its own territory and in to the territory of Shao Yin and Tai Yin, creating the problems that it does when separation starts too early. Is the pathology not of Jue Yin acting too soon, rather than speeding up? With Tai Yin, I much prefer the image of Tai Yin expanding in to Yang Ming territory and acting on the food before Yang Ming has had its chance to separate the life energy from ingested material. Again, although from initial appearances, one might imagine some kind of speed up, it might be better to describe it as having acted too soon. Maybe 'Jue Yin premature' would be more illustrative of what was really happening. Other alternatives might be 'hasty' or 'early', pretty much saying the same thing (though 'hasty' can mean speeding up, it can imply an over-eagerness to start). As far as waking up too early goes, I see this haste of Jue Yin kick-starting that process of awakening too soon. The process doesn't necessarily take less time, as a speed up would imply. The seemingly contradictory idea of Jue Yin running fast and slow at the same time could be  removed and replaced with Jue Yin running too soon with slow-down. This would be the case with painful, heavy periods, for instance.

4. The Heart and Life Purpose

The Chinese philosophers didn't seem to concern themselves with the actual starting point of life in a historical sense. This is more the concern of modern science, with its reductionist values, in trying to understand life, or even the Abrahamic religions, which explain our existence through the story of creation. Yet scientists are still far from understanding its origins and even further from creating life. Sages of the past pondered more about the immediate here and now, and the internal world of a human being and how this reflects and is reflected in the world around them. With a still mind, without the wants and needs of ego interfering, a deeper truth seems to have been revealed, with a simplicity that makes sense of the most complex of worldly phenomena, The fact that after thousands of years of discussion and evolution the concepts have stood the test of time, is reflective of their wisdom.

One might ask 'What are we?', or 'What are we made of?', which is pretty much the same as asking 'What is my purpose?' - what we are made of, one would surmise, gives us our driving force and motivation to do what we do. Regarding the theories behind the Circle, what we are is also processional, and alongside the 'material' is the idea of process and the cyclical nature of this process. Within this process, after the Yang line has been submerged within the Yin, it doesn't want to stay there forever – that would be going against its very nature. It wants to move out and reach out before being submerged once more – like a dance between Heaven and Earth in perfect balance. This can be through a tree, reaching out with a tasty apple to be submerged in to person reaching out to taste it. It can be a person reaching out to a troubled other to help their 'vessel' be more accepting of life, and allow the Yang line to submerge within them. With a pure Heart and a healthy body, these processes can be allowed to happen unhindered.

We are made from Qian and Kun. Because of the nature of Yang to have constant movement, and the nature of Yin to be still and passive, a merging of the two become inevitable (that is not to say the two were ever separate). Qian and Kun produce life, and that life has a similar inclination to preserve life. So there we have our Life Purpose. In other words, it is a realisation of our true nature. It is making our nature real, or allowing it to happen. One may not even notice when this happens, as, when it does happen, we are essentially being ourselves. Our Heart, though, which is essentially what motivates us, is a mixture of this pure motivation and our learnt responses, developed during our lifetime as a defence/survival mechanism. These learnt responses can obscure our true nature. The stronger the response needed, the more it might obscure. In order to reveal more of our true nature again, we can work on ourselves to differentiate that that is learnt and that that is not learnt, and understand how one might empower the original Heart more. If one can fully empower and reveal the original Heart, then maps can be discarded, as one is familiarised with the terrain of one's true self.

Melvin has been working as an acupuncturist in Sheffield since graduating in 2016. Never being that enamoured with TCM that he trained in, he has since searched for other approaches. After working in a herbal shop for over twenty years, he decided to take the plunge with Marina's course and become a qualify as a herbalist himself. He is now looking forward to combining herbs and acupuncture in his clinic after learning a more fundamental approach to diagnosis and treatment. Melvin has a young family and enjoys studying Chinese martial arts and playing guitar in his spare time. 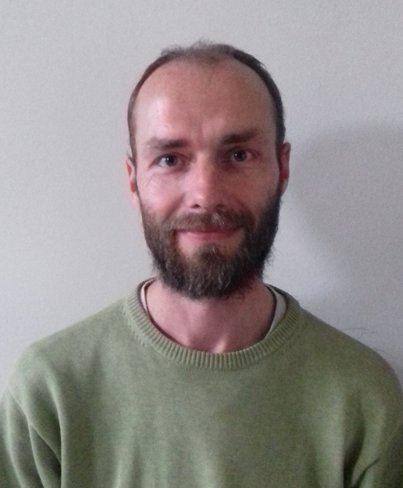