The Search for Roots and Branches

Prior to this programme I had studied various areas of health including the fields of diet, body treatments and lifestyle. I had also been studying traditional Chinese medicine for nearly three years. Repeatedly during all different studies, I constantly heard the words “holistic health” and “treating the root” and I found this very confusing since the root was never fully addressed nor was it properly explained nor completely explored, at least not to satisfy my mind. During a rather long time I had felt stuck between two places, one where treating the root was crucial and one where I was unable to address the root. I simply did not have sufficient knowledge about it and in addition I felt very confused since I felt there were important parts and tools missing. 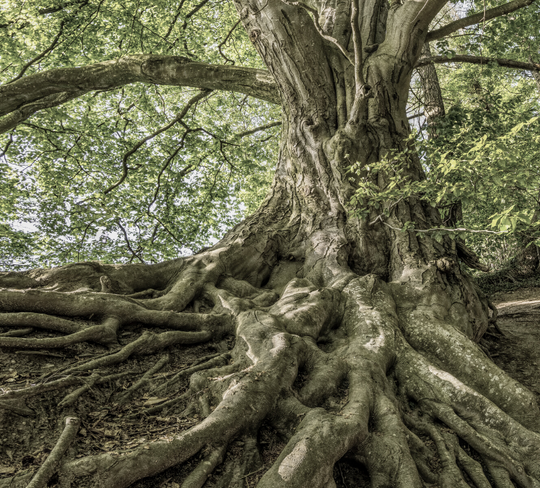 I had realized that I really needed to advance to the next level of understanding the causes and manifestations of disharmonies, the difference between the two and how to think about it more deeply in practice. This was crucial to me since I wanted to reach even better results with my patients, not only short term but especially long term. This journey of finding the missing parts needed to continue with an open mind and persistence, since I felt and still feel it to be vital to go deeper beyond the surface of health.

After roughly one year of traditional Chinese medicine studies, I felt there was something important missing, there needed to be something deeper, something larger and something at the same time much more precise, clear and accurate than what was currently in front of me. Going through case study after case study, I felt that each case actually could be diagnosed with pretty much any TCM diagnosis. Roughly thinking, the closest you could get is to determine if the condition was of excess or deficiency and if the disharmony was in yang or yin. In my opinion, this was very superficial, and I found it hard to have this as the foundation when seeing my patients.

My goal was to become even better at helping patients with disharmonies. Then I started reading books written by Chinese medical practitioners that were from a classical perspective. One specific book, “The Yellow Emperor’s Inner Transmission of Acupuncture” by Liu Lihong, catapulted me into the world of classical Chinese medicine and the six conformations. The book left me with a hunger for more. As I started looking for more information, I realized that the available information is limited in comparison to TCM. However, I had heard about this herbal programme that included a limited number of herbs, the method was based on classical Chinese medicine and that it went through the six conformations and circle of life in detail. I was instantly interested, even though my plan was to study herbs a bit further ahead in the future.

During the first classes I found that my expectations were met, and my hope grew stronger that this might be the way to advance when it comes to understanding the roots and branches of disharmonies. A few classes later I felt that I got additional clarity when it comes to each conformation, its purpose in the circle and how it integrates into the one motion. Instead of seeing only symptoms, I started asking myself “why?” and I started thinking about the reasons of the symptoms. This alone, helped me get deeper into the patient’s disharmony. I was not always on the right track but at least I was thinking of the root cause in a way that I had never done before. At least I was thinking of a connection between root and branch in a way that was new to me. A door had opened to me and I wanted to enter it.

During the live classes and going through cases really deepened my understanding of the six conformations, the assessment and diagnosis of patients in a way that was very logical and thorough. I am extremely far from saying I “fully understand” the principle, but I feel that my understanding of roots and branches has expanded exponentially. In addition, I have gained a lot of knowledge when it comes to taking care of your own energy. I have reached a new level when it comes to understanding the branches of disease and subsequently, I have come along further when it comes to understanding the questions I need to ask patients in order to get the answers needed for a great diagnosis. The branches that are revealed during the diagnosis of the patient really lets me know where the synchronization with nature is not aligned. The branches also makes me think of “why?” they are presenting themselves.

The “why?” leads me closer to understanding of the root. As my knowledge of the circle and motion of energy grew, along came a deeper thinking of why the motion is set out of synchronization with nature. How the motion can become interrupted by both external and internal factors, for example, physical or emotional trauma or climate factors or dietary factors. What really brought clarity to this aspect was the understanding of our unification ability and the power that lies in that. I feel a lot of disharmonies in the circle can be due to a weakened unification ability and I understand that it is crucial to secure the unification ability whenever possible. Contemplating about the “why?” when it comes to the branches has really helped me come deeper with each patient which has led to coming a lot closer to the root of the disharmony, whether it is physical, emotional, or spiritual. The term “holistic health” has come to mean something entirely new to me and at times I feel it is difficult to put it into words, not the least in a language that is not my mother tongue, but I will try.

Prior to this programme, in all its simplicity, the meaning of holistic health to me was thinking of diet, mind and heart. Additionally, the branches were the symptoms, and the root was where the symptoms had started with a potential correct cause attached to it. It seemed so generic and so inaccurate. An example of this could be liver qi stagnation due to stress. That could be the case, but I always felt it was too superficial and overly simplified. I did not feel the individual approach to this method, it felt like so many things that are wrong with conventional medicine i.e. “one size fits all”. There was no regard given to our unification ability and how we take in life, submerge, and let it out again. In other words, little or no thoughts were given to the synchronization to nature. What has become clear to me is that holistic health has brought new meaning to me during this programme and a lot is because of my deepened understanding of the circle and especially my understanding of our unification ability. This alone has opened up my perspective and let me take the next step on my path as a practitioner. As much as “The Yellow Emperor’s Inner Transmission of Acupuncture” had catapulted me into the world of classical Chinese medicine, this programme helped me take my understanding and thinking to the next level in terms of understanding the roots and branches and the connection between the two.

I feel this is very important to me as it allows me to connect to my patients on a deeper level and the insight also gives me tools to reach even more comprehensive results. Both short and long term. This supports my goal which is to be able to help patients more and more efficiently for each day that passes by.

Now that the final stage of this herbal programme has been reached, I feel that the gap between the root and branches has become smaller and simultaneously filled with valuable knowledge and insight. My confusion about this topic has been greatly reduced. In everyday practice I feel I have additional tools, not only to diagnose but also to explain to patients what is going on in their being. I am really grateful for this and it has ignited an additional spark in me that wants to explore this field even more. This gap that has become smaller has motivated me to pursue even more knowledge and I feel that a new meaning has arisen for me. I already have plans for books to read, for lectures to listen to, thoughts to contemplate about. I am no longer in limbo. I want to explore even more about the conformations. I want to feel, touch, smell and taste all the herbs. I want to find even more insight when it comes to the heart. Most of all I want to explore the circle as a whole even more, on both practical and philosophical level. Our medicine contains so many fields and dimensions, and I feel I have a lifetime in front of me deepen my knowledge about it. My path feels much clearer at this moment. The journey continues. 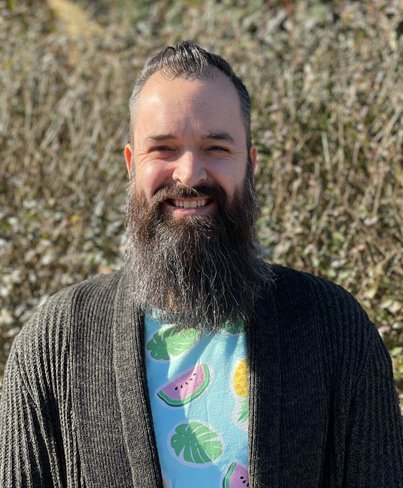