Go back to our new Academy Page

AN IMAGE OR A FILM?

“Yin and Yang are the way of Heaven and Earth, the guiding principle of the myriad things, the father and mother of change and transformation, the origin of life and death.”1 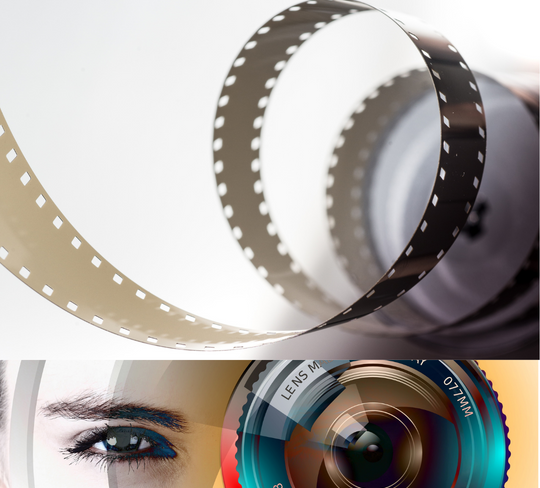 From day one in Chinese medicine school we are introduced to the opposing and complementing nature of Yin and Yang: day and night, heat and cold, male and female, front and back, above and below. We learn that the Yin and Yang balance is required for health, while the excess or deficiency signifies a disharmony, or disease. For example, feeling hot can be seen as Yang excess or Yin deficiency. Thinking in terms of too much or too little can lead to the perception of Yin and Yang being more like “things”, something changless, in a fixed state, the result of what has already happened. Like an image that captures a given moment. This has its use as a starting point - we can look at the image and observe the Yin Yang qualities.

But if that is the only way we understand Yin and Yang, we soon run into a serious limitation. We learn more theories - like Zang Fu and various types of Qi. Yet we know that nothing departs from Yin and Yang! Therefore, as long as our understanding of Yin and Yang is limited to the polar opposites and reduced to the matter, adding more and more details does not offer any different perspective. We just use Yin and Yang to describe or group what we can easily see, rather than to understand and explain the situation. This prevents us from reaching deeper with our diagnosis and therefore compromises our ability to help. Most of all, it does not take us closer in understanding Yin and Yang as the guiding principle of life and the myriad things.

Let me offer another possible approach of exploring this concept.

“Yin and Yang move endlessly. Repeated transmission constitutes one cycle. The qi inside and the physical appearance outside, they complete each other.”2

The classic offers us a clue. On the one hand we can equate Yang with the “qi inside” and Yin with the “physical appearance outside”. When it comes to the human being, we may interpret it as the physical body being a container for life. It is so, but it is not the same as having one thing (even as intangible as qi) inside another. This would mean that they are still separate, like water inside a glass (even though water may need a container, and a glass has no purpose without water in it).

It is evident from the line above that Yin and Yang move, interact and transmit. It is not an image, but rather a film, or - how convenient in American English - a movie! What is it a moving picture of? Of the interplay of Heaven and Earth. Only Heaven and Earth are pure Yang and Yin respectively. Everything else, including human life, is born as a result of their marriage, and contains both Yang and Yin, constantly changing and transforming, forming one recurring cycle.

The mechanism behind the changes is produced by Taiji, the Supreme Ultimate, and has definite order and sequence. Yin is a movement of contraction, concealing, submerging and going back to the source, and Yang - of expansion, revealing, expressing and emerging from the source. This alternate motion repeats itself over and over again. We can observe this orderly cyclical rhythm all around in the natural world: the rotation of the sun, moon and stellar constellations, the changes of the four seasons and night and day, the ebb and flow of the ocean. Everything between Heaven and Earth follows the same pattern. Through the moving picture of the Taiji circle, the principle of life can be understood as the continuous appearance and withdrawal of Yang, Heaven, made possible by uniting with Yin, Earth.

The Way of Yin and Yang, all in all it is one, applied individually it reaches ten, hundred, thousand, or ten thousand (applications), all of them did not exist if it were not for the changes and transformations of Yin and Yang.3

Now, rather than observing the result of what has happened, we can look at images of the multiplicity of things and develop a way of seeing the film. We have a whole different insight to what is happening, and - by understanding the principle - to what has been and will be happening too. This view on the living body and its connectedness to nature is a source of the holistic perspective that opens up a potential to a different system of medicine - the medicine of time!

In practical terms it means that we use timeliness of the Yin Yang motion as a measure of health and disharmony. When everything happens just right – on time – there can be no discomfort or diseases. When timeliness is lost and changes and transformations happen slower or faster than it is proper, this will manifest as subjective symptoms or changes on the physical level. Our job as practitioners is to look at the symptoms and see the cyclical movement of Yin and Yang. In other words, we use what we can see in the world of the myriad things to penetrate to the one, two and three4 of the life mechanism in action. This way of identifying and remedying the problem takes our medicine to another level.

No analogy is perfect, but I hope you got the idea. We can see Yin and Yang as polar complementary opposites to observe, describe and classify what we see in front of our eyes. And we can see Yin and Yang as the life principle at play. The insights we get from seeing the film vs looking at an image will enrich our understanding and practice. We can take this analogy further and mention that every film has a narrative and a director. It is yet another level - the spiritual one, which Chinese medicine, as any art, can reach too. And even though it is still part of the same story, it is an entirely different conversation.

Go back to our new Academy Page